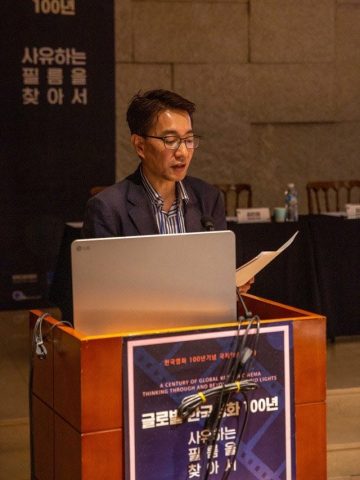 This paper examines the ways in which several Korean documentary films in the 2010s use archival footage of the distant or recent histories of Korea. It argues that the films testify to what the author calls the “post-vérité” turn of recent Korean documentaries: an array of experimentations with the forms and aesthetics of documentary, which are distinguished from the vérité style—an activist tradition of Korean independent documentary—but also inherit and renew its commitment to politics and history. As a subcategory of the “post-vérité” turn, the author characterizes the increasing uses of found footage in recent Korean documentary as the “archival turn” and argues for its two implications. First, this term suggests that the extensive uses of found footage allow filmmakers to develop other modes of documentary filmmaking—compilation documentary, essay film, and metahistorical documentary—besides the participatory mode distinguished by the supremacy of the camera’s immediate, on-the-spot witnessing of reality. Second, this term indicates that Walter Benjamin’s idea of historiography is shared by the filmmakers, as their appropriation, reassessment, and manipulation of found footage are motivated by the desire to endow it with a new historical perspective in relation to their engagement with the politics of the present.

About the Speaker
Ji-hoon Kim is Associate Professor of Cinema and Media Studies at Chung-ang University, South Korea, and currently a Fulbright visiting scholar in the Film and Media Studies program at Columbia University. He is the author of Between Film, Video, and the Digital: Hybrid Moving Images in the Post-media Age (Bloomsbury Academic, 2018/16) and Expanded Fields: New Media and the Twenty-First-Century Documentary (forthcoming in Oxford University Press in May 2022). Currently he is finalizing work on Post-vérité Turns: Korean Documentary Cinema in the 21st Century, the first English-language scholarly monograph on the subject.