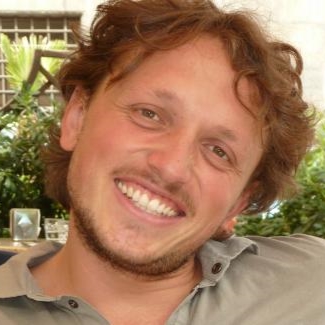 The emergence and tremendous success of Nollywood throughout the 1990s made scholars suggest that a new form of pan-Africanism had emerged, based on the transnational circulation and vernacularization of religious, cultural, aesthetic, and linguistic elements coming from Nigerian films. The golden age of Nollywood pan-Africanism can be connected to the era in which films were circulated mainly on VHS, VCD and, later, on pan-African satellite channels like Africa Magic. Much of this early success can be connected to the facility of access granted by video as a technology, and to the informal networks of circulation that it allowed to emerge. The technological transformations that recently affected Nollywood production and distribution processes, as well as the increasing involvement of global media companies in the industry, have contributed in fragmenting Nollywood distribution networks. New technologies allowed for more rigid control of the films’ circulation and permitted the introduction of windowing strategies that Nollywood had never adopted before, making higher quality content accessible only to a restricted, elite section of the audience. Parallel to this, informal networks of circulation continued to exist, circulating large quantities of lower quality content for less well-off audiences. This paper will argue that the combination of these dynamics has ultimately disrupted the processes of creation of pan-African publics that the emergence of the industry had triggered and contributed to the emergence of parallel public spheres in Nigeria and at a pan-African level.

Alessandro Jedlowski is a media and migration anthropologist and the coordinator of the “Chaire Diasporas Africaines” of the Bordeaux Institute of Political Sciences (Sciences Po Bordeaux). After a research doctorate in African studies at the University of Naples “L’Orientale”, he obtained Marie Curie and FNRS grants to conduct postdoctoral research in Africa (in Nigeria, Côte d’Ivoire, and Ethiopia) and within the African diaspora in Europe. His recent work mainly focuses on analysing African media industries and on the networks of circulation (cultural, economic, market), which connect Africa and its diasporas in Europe and in the countries of the South (India and the China in particular). His most recent publications include the special issue of the French journal Politique Africaine (no. 154, 2019/1), “L’audiovisuel africain et le capitalisme global”, and the books Regimes of Responsibility in Africa: Genealogies, Rationalities and Conflict (co-edited with Benjamin Rubbers, Berghahn, 2019) and Mobility between Africa, Asia, and Latin America: Economic Networks and Cultural Interactions (co-edited with Ute Röschenthaler, Zed Books, 2017).